​
Toggle menu
Open 9am to 4pm Monday to Friday

Where to find your engine number ...

Perkins 4.108 and 4.107 - The engine number is stamped on the flange immediately in front of the fuel injection pump, as shown on the picture below ... 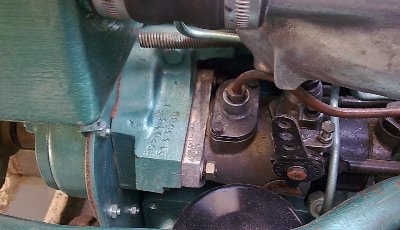 What your engine number means ...

Three systems of engine numbering have been used by Perkins.

2: With later engines (up to mid 1970's), the engine number also included letters:

This time the first three digits remained constant and represent the capacity of the engine in cubic inches. 'U' means that it was built in the UK and the remainder digits are the engine number.

3: From the mid 1970's Perkins moved to their current numbering system, which can consist of up to fifteen numbers and letters, a typical number being ED201381U513308D

D means that it was built in 1977. The table below shows other build date codes used for all Perkins engines ...